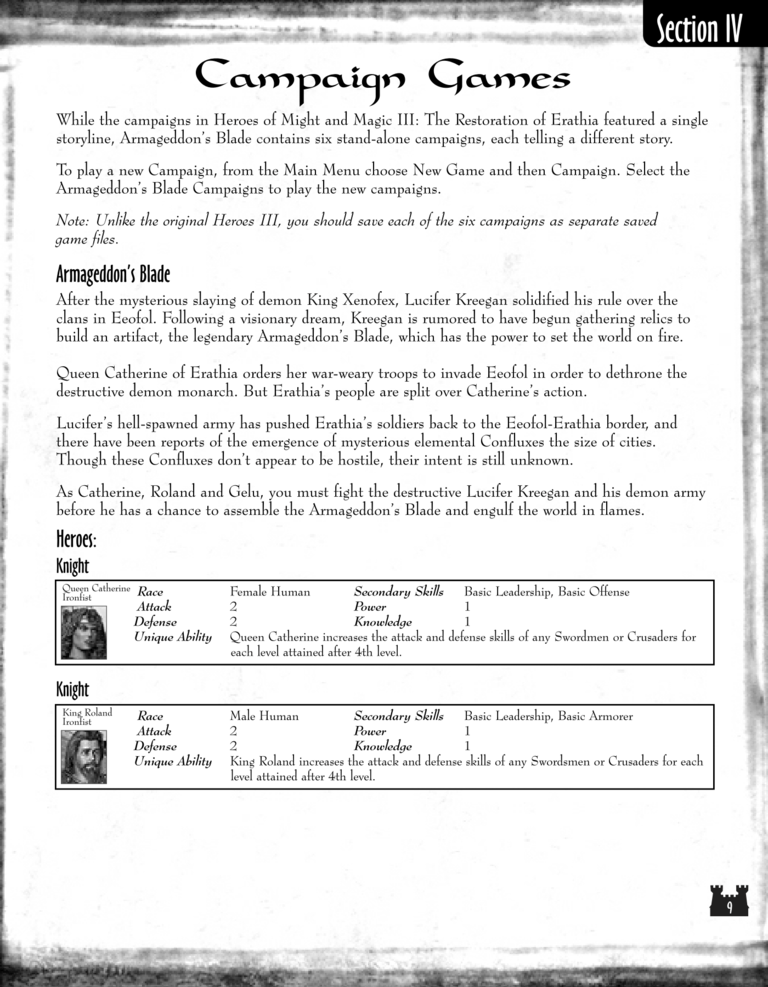 While the campaigns in Heroes of Might and Magic III: The Restoration of Erathia featured a single

To play a new Campaign, from the Main Menu choose New Game and then Campaign. Select the

Note: Unlike the original Heroes III, you should save each of the six campaigns as separate saved

After the mysterious slaying of demon King Xenofex, Lucifer Kreegan solidified his rule over the

clans in Eeofol. Following a visionary dream, Kreegan is rumored to have begun gathering relics to

build an artifact, the legendary Armageddon's Blade, which has the power to set the world on fire.

Lucifer's hell-spawned army has pushed Erathia's soldiers back to the Eeofol-Erathia border, and

there have been reports of the emergence of mysterious elemental Confluxes the size of cities.

Though these Confluxes don't appear to be hostile, their intent is still unknown.

As Catherine, Roland and Gelu, you must fight the destructive Lucifer Kreegan and his demon army

before he has a chance to assemble the Armageddon's Blade and engulf the world in flames.

each level attained after 4th level.