Rampart is a good alignment town with the ranger and druid hero classes. Rampart represents AvLee.

"The Druid and Ranger hero classes are native to Ramparts, which are built by creatures in allied defense of the unspoiled wilderness regions of Erathia. With two slow unit types, Dwarves and Dendroids, Rampart armies may be best suited to defensive tactics. Most of these creatures, however, have enemy hampering abilities that can be used to turn the tide against many opponents — especially those dependent on magical attacks." RoE manual 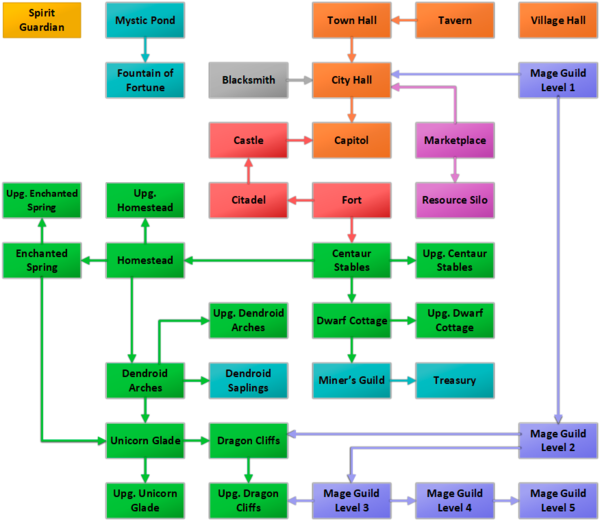 Fire Magic are not available for rangers.

are not available for druids.